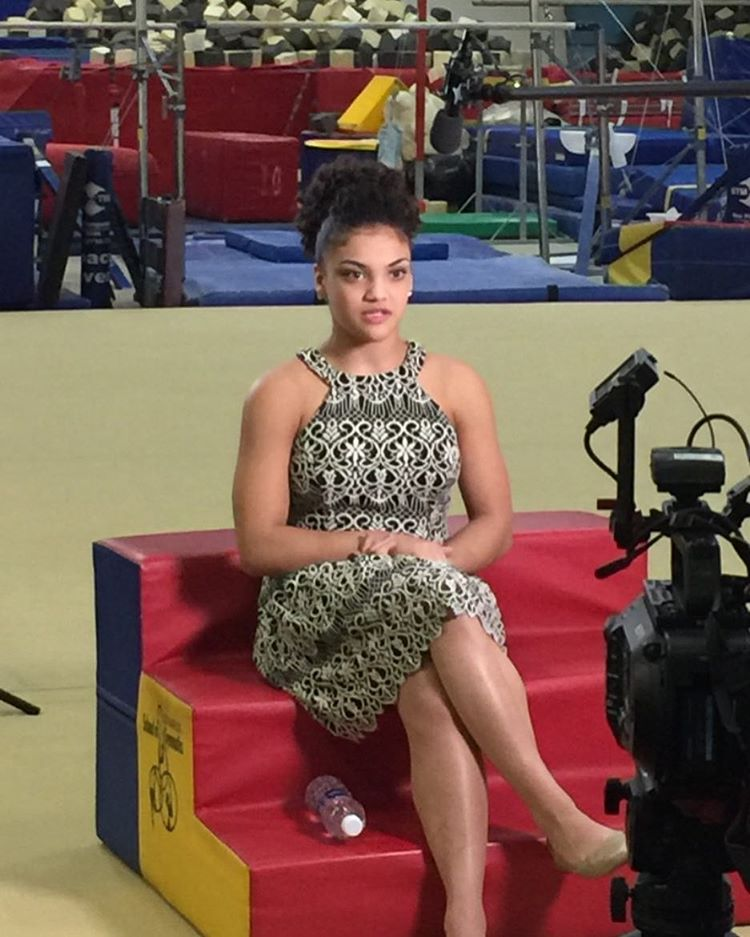 Olympic Gold Medalist Laurie Hernandez paid a visit to the Los Angeles School of Gymnastics this week! She is truly an inspiring, gifted, classy young woman. At just 16 years old, Laurie has already accomplished so much in her lifetime. Hernandez?s elite gymnastics career began in 2012 at the U.S. Classic. At the young age of just 12 years old, she placed 11th in the junior division. After that, she qualified for the National Championships in St. Louis. In the summer of 2016, Laurie competed in the Women?s Qualification at the 2016 Summer Olympics. Hernandez scored a 15.200 on the vault, a 15.366 on the balance beam, and a 14.800 on the floor exercise. During these Olympics in Rio, the US team, better known as the Final Five, won the gold medal in the Team All Around. Hernandez also won the silver medal on the Balance Beam with a score of 15.333.

We were excited and truly honored that Laurie chose the LA School of Gymnastics to practice some of her Olympic Gold medal worthy routines. Laurie even showed us some of her famous balance beam moves. Now that the Olympics are over, Laurie has put on her dancing shoes. She is currently competing on Dancing with the Stars! With her partner Valentin Chmerkovskiy she has done some exciting routines such as the Cha-Cha-Cha, Paso Doble, the Salsa, and so much more! She continues to wow us every week. Not only is she a great gymnast, she has proven to be a great dancer as well! She scored a perfect 30 with her Jazz routine to Michael Jackson?s ?The Way you make me feel?. Her bubbly personality and raw talent is such a joy to watch. From the Olympics to the ?Dancing with the Stars? stage, Laurie is showing the world that she is unstoppable!

Laurie is truly an inspiration and a great role model for all young people out there with a dream! Keep striving for excellence Laurie!