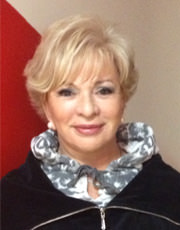 This week the Los Angeles School of Gymnastics was honored to have another one of its leaders be recognized for her legendary effect on the sport of gymnastics. LASG?s Executive Director Alla Svirksy was inducted in the Southern California Jewish Sports Hall of Fame following her spectacular role as a coach and administrator who pioneered the sport of Rhythmic Gymnastics and served as the head coach of the 1984 USA Women?s Olympic Rhythmic Gymnastics team.

Alla?s phenomenal presence in gymnastics has garnered her three Hall of Fame inductions to date, making her one of several acclaimed leaders of the Los Angeles School of Gymnastics, and serving since its inception in 1975.

Alla has supported LASG to Olympics heights through her career as she coached 15 national champions as well as being a seven-time USA Gymnastics ?Coach of the Year?, USA Gymnastics judge, and inductee into the Gymnastics Hall of Fame. Congratulations Alla!

Los Angeles School of Gymnastics is proud to offer Olympic-caliber programs to all ages and interests. This summer, join Olympic and national-caliber coaches and gymnasts in an incredible summer camp this year to the public, including rhythmic gymnastics camps, parkour camps, and day camps!